Phil worked his way up the ranks and held all of the engineering titles in the Erie County Department of Public Works, including Commissioner of Public Works from 1982-1988. Upon retiring as Public Works Commissioner after 30 years of outstanding public service, he joined his son, Joseph, in the family’s consulting engineering and land surveying firm, Frandina Engineering. When Joe joined the staff of the NFL Buffalo Bills, Phil continued to operate Frandina Engineering. He was a highly regarded Structural Engineer, bridge designer, and arbitrator in construction disputes. In recent years, he shared offices with his daughter, Rosanne Frandina, who owns Frandina Engineering and Land Surveying, PC. 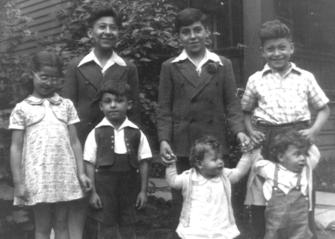 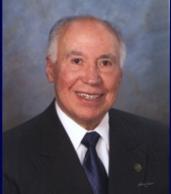 Frandina Engineering and Land Surveying, P.C. is proud to have such a storied engineer as its founder. His gentle and respected leadership in the engineering community has guided our company’s values since the beginning and continues to do so today.

The oldest of 7 children, Philip got an early start in construction. His father, upon emigrating from Sicily, became a concrete contractor and all 5 of his sons were expected to help in the family business. In 1956, after working several construction jobs, Phil began working toward an engineering degree at the University of Buffalo’s Millard Fillmore College. While attending night school for 8 years, he worked days in such jobs as a welder, a City of Buffalo Engineering Inspector, and an Erie County Highway Department Engineering Assistant. In 1964, he proudly received his BS degree in Civil Engineering.

In 1978, he founded the local chapter of the Association for Bridge Construction and Design(ABCD) and served as its first president. In November 2012, ABCD presented Phil with a Founder’s medallion, which is on display in the Frandina Engineering and Land Surveying, P.C. offices. Phil felt so strongly about his profession, he endowed ABCD with a scholarship fund in his name to promote his passion for bridges and engineering to another generation of engineers. Sadly, Phil passed away, at the age of 84, on February 26, 2013 after a short illness.

His legacy and passion for the civil engineering profession will live on through his children, grandchildren and future engineers who will benefit from his generosity. 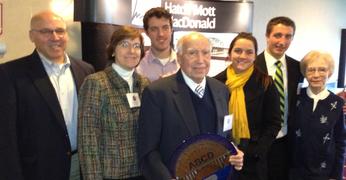 He was a past president of the Erie-Niagara Chapter of the New York State Society of Professional Engineers, which named him Engineer of the Year in 1987, presented him its Basinski-Wohler Meritorious Service Award in 1994 for outstanding contributions over an extended period, and gave him its 1997 Meritorious Service Award. He also was a past president of the Technical Societies Council and the Buffalo section of the American Society of Civil Engineers. The state chapter of the American Public Works Association named him one of the Top Ten Public Works Officials of 1988.