Meanwhile, Phil’s daughter, Rosanne Frandina, was working in Buffalo City Hall holding top level positions.  As Director of the Division of Development, she oversaw the design and construction of many commercial projects including the Waterfront Village townhouses, the New Buffalo Industrial Park, Key Center, Rotary Rink at Fountain Plaza, the downtown overhead walkway system and many neighborhood community centers.  In 1992, she was named Executive Secretary of the Buffalo Sewer Authority and then became Treatment Plant Administrator of the Bird Island Waste Water Treatment Plant.  In 2000, she left public employment to join her father at Frandina Engineering.

The Frandina family is well known in the profession. Rosanne, along with her 2 brothers and father, all Civil Engineers, were named the 2001 Engineers of the Year by the University of Buffalo Engineering Alumni Association in recognition of their outstanding contributions to the engineering community.  All are Past Presidents of the Erie Niagara chapter of the National Society of Professional Engineers and highly respected in their field.

The firm is currently located at 1701 Hertel Avenue in North
Buffalo, NY.  We are centrally located to provide the highest levels of service and technical expertise.

Phil continued working in the profession he loved to the age of 84, when a short illness forced him to take a break just one month before his death on February 26th, 2013.  Retirement was never an option. 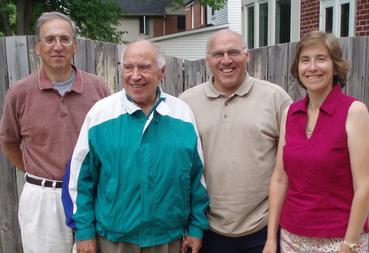 Rosanne and Phil in Taormina, Sicily, 2006 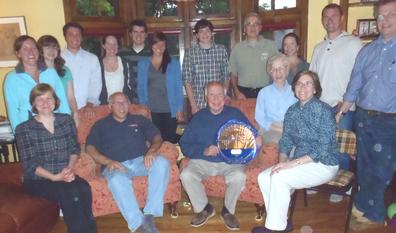 Frandina Engineering and Land Surveying, PC provides high quality land surveying and civil engineering services throughout Western New York.  Its roots began in 1976, when Philip F. Frandina, PE, LS founded Frandina and Frandina.  The company was operated on a part-time basis until 1988 when Phil retired from Erie County as Public Works Commissioner.  He and his son, Joseph S. Frandina, PE, incorporated Frandina Engineering, PC. They designed several highways, bridges and buildings, including the luxury suites for the National Football League's Buffalo Bills at Ralph Wilson Stadium.  In 1996, Joe was hired by the Bills as the team’s Director of Operations so Phil transitioned the company to Frandina Engineering.